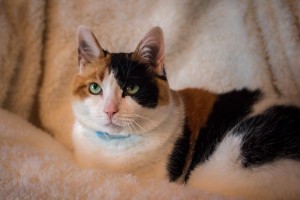 Deborah & Mark love to watch the birds who visit their 3 acre mini-farm.  Mark builds his own custom designed bluebird houses, and in the winter they feed the birds.  Several winters ago, Deborah looked out the window to see a half-starved kitten trying to eat birdseed.  Mark brought her in & Kippy hasn’t stopped eating since. 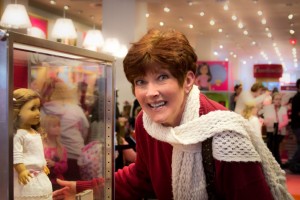 Deborah, (“Miss Debbie”) is addicted to sewing and making dolls.  When not admiring the latest addition to an American Girl store, she is either creating her own dolls, with hand sculpted heads, or designing clothes for various size dolls.  Miss Debbie often accompanies Mark on “Rock The Dress” sessions. 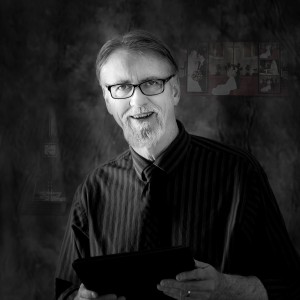 Mark got his first camera when he was in third grade, at his father’s company’s Christmas party.  He still has the plastic 620 roll-film camera.  He didn’t get anything resembling a high quality camera (more on quality cameras later) until some time in his adult life. A very short while later, he asked his sister if he could “follower her photographer around” to get a few pictures at her wedding.  Her reply: “Yah, but don’t get in his way.”

Then it happened —– her “photographer friend of a friend” got a better offer that day and was a no-show, so Mark learned to make 40 formal pictures in 40 minutes – “On The Fly!”

Suddenly it was OK for Mark to get in the way, and he garnered his first piece of advice for brides & families: Don’t trust the pictures of the most important times of your life to a well meaning friend who *does* photography or who *has a good camera*.

Mark earned his Photographic Craftsman degree from the Professional Photographers of America, in part, by teaching photographers in several states how to Make 40/40 Formals – 40 traditional pictures that brides and their families want in 40 minutes.

Mark is often asked what kind of equipment he uses. He & every other professional photographer he knows believe two things about camera equipment.
1. You should buy the best tools (cameras & lenses) you can afford to do the best job you can.
AND
2. It’s not about the camera! It’s about the artist using the camera.

SO…….. While mark uses professional grade cameras & lenses for his client work, he set recently to prove that he could create a Blue Ribbon image at a Juried PPO (Professional Photographers of Ohio) print competition with………. wait for it…………. his 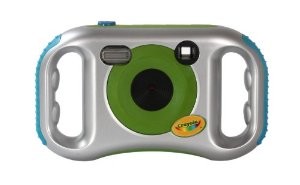 Here’s the result, and the birth of Mark’s new hobby…

….. creating art prints with a toy camera.
And for those who care about such things: Mark built a custom designed adapter to attach his Crayola Camera to a heavy tripod, and because the toy camera’s files are so small, he created this horizontal panoramic image from five overlapping vertical Crayola Camera exposures.

I cannot say enough about this man’s amazing vision and talent. I look at my wedding album with awe. He made me look as beautiful as I felt that day!! You will not regret your decision. I would not have changed a thing about my pictures, or more importantly the photography experience!!! Hugs Mark!!!”  Nichole Orsini-Russell – Cleveland, OH

Don't Wait Until Some Other Bride Takes Your Date.

Click Here To Book An Appointment To Talk With Mark About Your Wedding NOW!